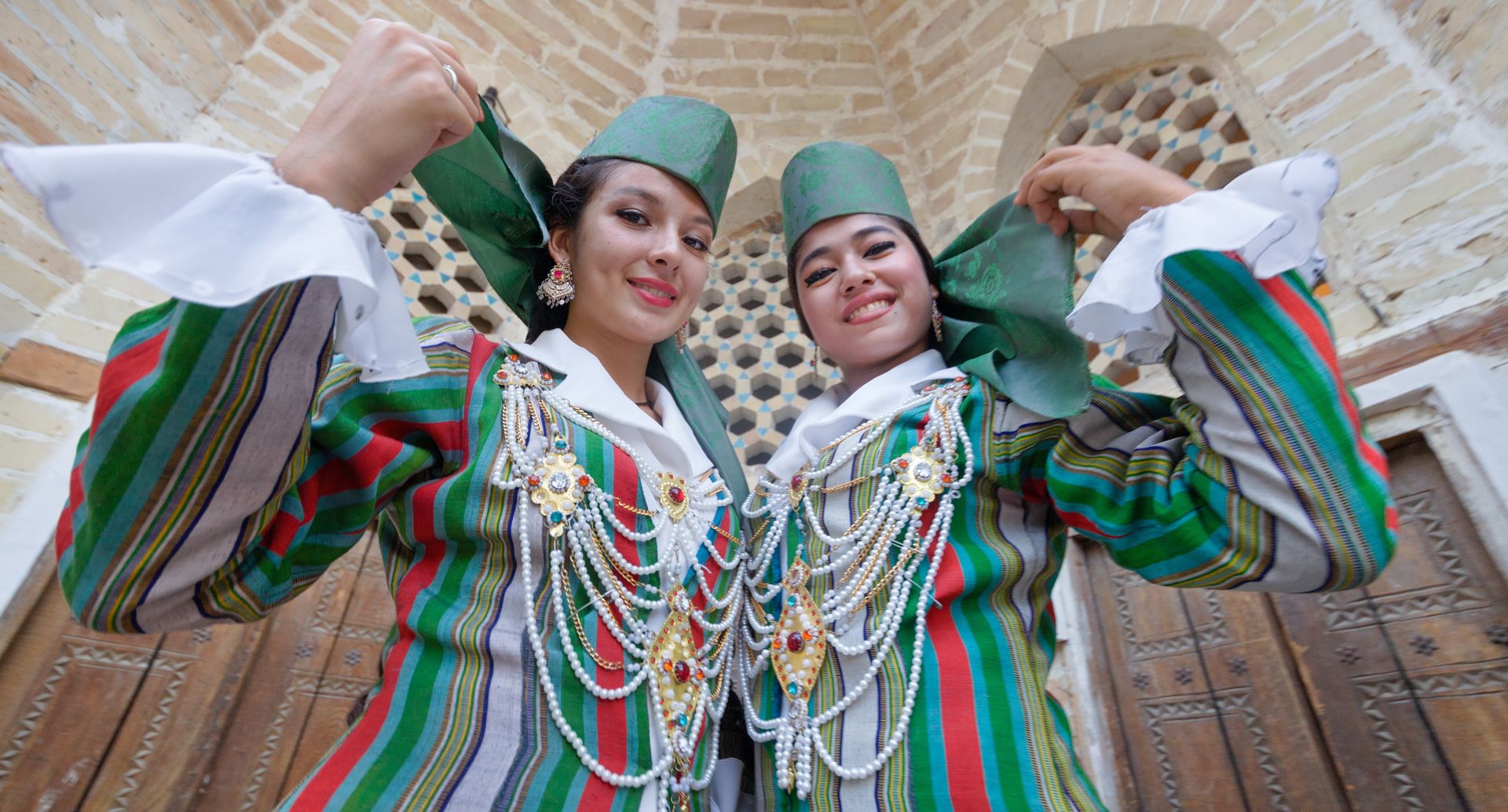 Climate. Uzbekistan is worldwide known as a country with long hot summers and short winters. Although, it should be noted, that the main characteristic of this climate are changes in temperature and small precipitation. Much more sunny days than overcast, rains are rare. The climate is continental. The difference in temperature depending on the season, time of day and the terrain (mountains, plains, desert) is quite significant.

The average temperature in January is -6° C, and the average July +35° C in the shade, but in Uzbekistan, despite such a high temperature, heat is very easy, so the relative humidity is low. In the mountains of Uzbekistan the weather  cooler, more abundant vegetation, the air is cleaner. Winter in the highlands of severe, lasts up to 4 months. Snow falls in the mountains a lot and it does not melt for a long time. From June 25th to August 5th comes the hottest period of the year, the so-called "Chillya". Similarly, the cold season lasts from December 26th to February 5th - Winter "Chillya". Winter frequently invades the air from the Arctic and Siberia, the weather is changing, the temperature falls. Mainly in Ustyurt / Surkhandarya region - where the temperature can decrease to -33° C. Autumn is warm enough. At this time, the bazaars abound delicious fruit and vegetables. The temperature is around 13° to 25° C. So for traditional tourism season is split: from March to June and from August to November. Low season: July, December, January, February.

If you come to Uzbekistan in the summer, you need to bring the following items: a small bag for carrying personal items and bottle of water, a hat, sunscreen, sunglasses, umbrella, light walking shoes, light clothes (linen or cotton). However it is not recommended prolonged direct sunlight. To spend the night in the desert or mountain will be useful sneakers, lightweight waterproof jacket, a thin sweater.

Winter is real, it is frosty and snowy, not only in the mountains, but also in cities, it is advisable to bring warm winter clothes, shoes and hats.

Currency. All cash payments are made in sums - the national currency. Foreign currency can be exchanged at the banks. You can exchange the currency in favorable rate in any amount without passport. Identity card is needed only when the overall sum is bigger than 500 minimal pays - that is, approximately 10 000 US Dollars. Exchange points at the hotels work 24 hours a day. Banks work from 9 am till 5 pm from Monday till Friday. Preferred currency is the U.S. dollar and the Euro. It can be problem to change currency in the provincial cities, we suggest you make it in Tashkent, Samarkand or Bukhara. Credit cards like VISA and MASTER CARD are accepted in all banks, hotels, major shops and restaurants all over the Uzbekistan.

Language. Uzbek language - the official language. Up to 80% of the population can speak in Russian and up to 45% can speak English. In some regions, such as Samarkand and Bukhara, the indigenous population speaks Tajik.

Citizens of several countries can come to Uzbekistan without visa or apply online visa. Read more

Validity period of the passport or visa shall not be less than the period of stay in Uzbekistan. The hotel will provide you with a necessary certificate of registration, which you should keep with your passport in order to show it to when needed. When leaving Uzbekistan, Immigration Service officer can ask you to show your certificate of registration while checking your passport and visa deadline. If you decide to stay with friends, then you will need to register in the Local Police Department within 72 hours.

Import and export of currency. Since January 1, 2018, a double corridor system has been introduced in the international airports of the Republic of Uzbekistan: "green" and "red", for individuals to pass customs control. Any person can go through the "green" corridor, without completing the customs declaration, if:
- imported foreign currency does not exceed the equivalent of 2,000 (Two thousand) US dollars;
- the cost and (or) the number of imported goods do not exceed the norms not subject to customs payments established by law;
- there are no goods whose import or export is prohibited or restricted in accordance with the law.
When choosing a "red" corridor, an individual must fill out a customs declaration, indicate in it the availability of goods, cash foreign currency and other items subject to written declaration, and present it to a customs officer. The message in the declaration of unreliable information entails responsibility in accordance with the current legislation. If there is any doubt about the correctness of the choice, it is better to follow the "red" corridor or contact the customs officer. More detailed information on customs legislation is located in front of the entrance of the "green" and "red" corridors. Read more

Religion. Uzbekistan - a secular state, a democratic republic. Multi-ethnic and multi-religious. All religions in Uzbekistan are treated with great respect. Most of the population is Muslim - 88%. It has recently been restored and built many beautiful mosques. The next religion of the amount of believers is Christianity, Christians make up about 9% of the population of Uzbekistan. One of the most unique buildings in Tashkent is the Catholic Cathedral. Also there are synagogues and Buddhist temples, and houses of worship.

Purchase. In the bazaars and numerous shops you can buy colorful national dresses, bright festive skullcap embroidered with gold and silver Chapan and curved upwards pointed shoes, traditional satin dresses, silk scarves and shawls. Also popular are homemade, painted souvenirs made of clay and small paintings on the skin, jewelry.

Principle. If your tour includes a visit to Uzbekistan active mosques, mausoleums, the guests would be appropriate to show respect for local customs, head covering (men and women) and wear clothes that cover the knees. Of course, the guests usually do not meet strict requirements, but appreciate the time and respect. If you do not know how to behave in a particular situation, ask your tour guide or escort. In the town there is not so strict rules and then there are appropriate shorts and sundresses.

Tipping. Paying tips is not necessary. The accounts of restaurants and hotels usually include taxes and tip, but as the monthly income of the local population is small, they are happy with any, even symbolic tip. Salary of the drivers and guides is such that they are forced to rely on the good tips. Porters also hope that their work will be evaluated.

Safety. Uzbekistan is very safe not only because of hospitability and friendliness of local people, but also because government pays a huge amount of attention to the security of locals and foreigners. Hence, the level of crime is very low.

Insurance. In the insurance case, follow the instructions provided in your insurance policy. With self-treatment in health facilities and call a doctor, the insurance company will not consider your case as an insurance and does not compensate for the cost of treatment.